In our podcast, seasoned entrepreneurs talk about their personal view on entrepreneurship and the road they’ve travelled, and they give you some tips and tricks. How did this podcast come to life and – you've guessed it – how did our unmuting give this project its much-needed voice?

Did you tune in yet? FutureMakers is a podcast powered by The Cronos Group, for and by (young) entrepreneurs. Not sure whether to go for your own start-up dream?

Back in the day, The Cronos Group’s marketing and communication manager, Pauline De Smet, approached us with her idea to create a podcast for and by entrepreneurs, powered by The Cronos Group. It was important that the key values of the group were showcased, albeit in a slightly more modern way so as to reach young potential entrepreneurs. She pitched the idea to Cronos’ founding fathers and reached out to us for the development of the podcast itself. We were immediately on board! Only thing was … We’d never actually made a podcast before.

If there’s one thing The Cronos Group is known for, it’s their strong ecosystem. Literally everyone can count on someone to help them with out-of-the-box ideas. This one wasn’t even that extravagant to begin with. As a start-up within that system, we understood the brief and we were eager to push it. The Cronos Group always invests in their people and offers them all chances to learn, so we were grateful for them to trust us to obtain expertise in making podcasts. We decided quite soon in the process that FutureMakers needed to be authentic, simple and well-made. We’d spotlight successful entrepreneurs so young talent in doubt whether or not to take the leap of faith would trust their testimonials and feel encouraged to go and make their dreams come true.

Have we aroused your interest in making podcasts together or are you curious to learn more about FutureMakers? Don’t be shy and let us know; we’d love to Unmute You(r business) too! 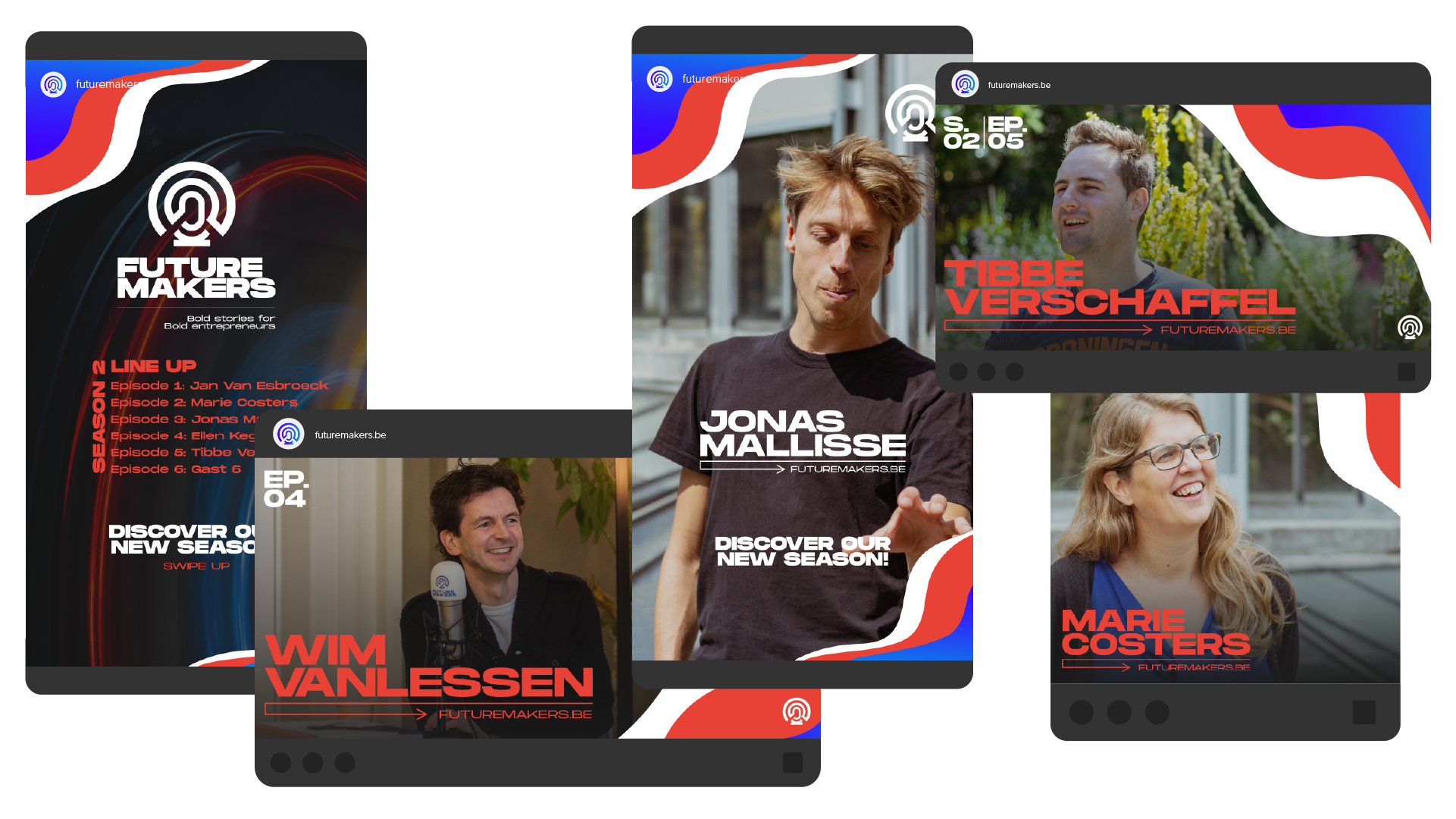 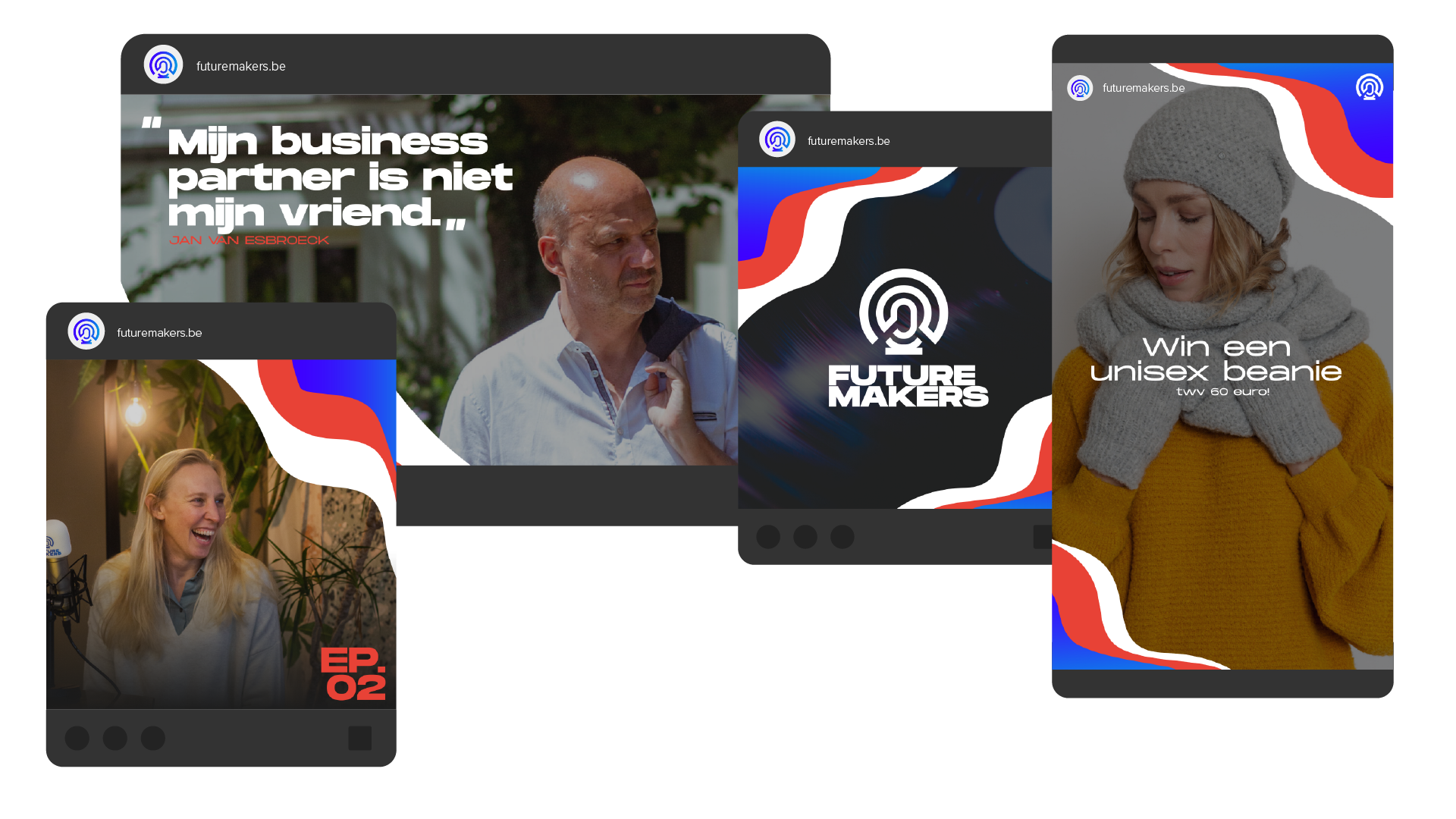 How we did it

The first thing on the agenda was creating a brand. The initial name we worked with, Radio Cronos, felt too on the nose; indicating that the production was powered by Cronos. By playing with radio lingo like ‘FM’, we eventually landed on FutureMakers. What is FutureMakers all about? Daring to make statements, giving young entrepreneurs chances, and living in the now but thinking in the future. FutureMakers aims to inspire the next generations and to engage a community.

Once our story was clear, we went to pitch the idea together, with a little help from Wim Tobback (OECO Group). We then got the green light to make four test episodes. By now, we can proudly say that those were warmly received which is why we’ve already broadcasted two whole seasons of Future Makers!

How did we go about it? Pauline found our distinguished guests which we supported and helped her with. Obviously, we made the podcast together, but we also thought about fun concepts such as: asking an entrepreneur within the group for a reaction, making teasers, organising giveaways ... In short: we took care of the actual recordings and of all communication surrounding the podcasts. To that effect, we created and implemented a content calendar, conducted campaigns on social media and ensured overall awareness. 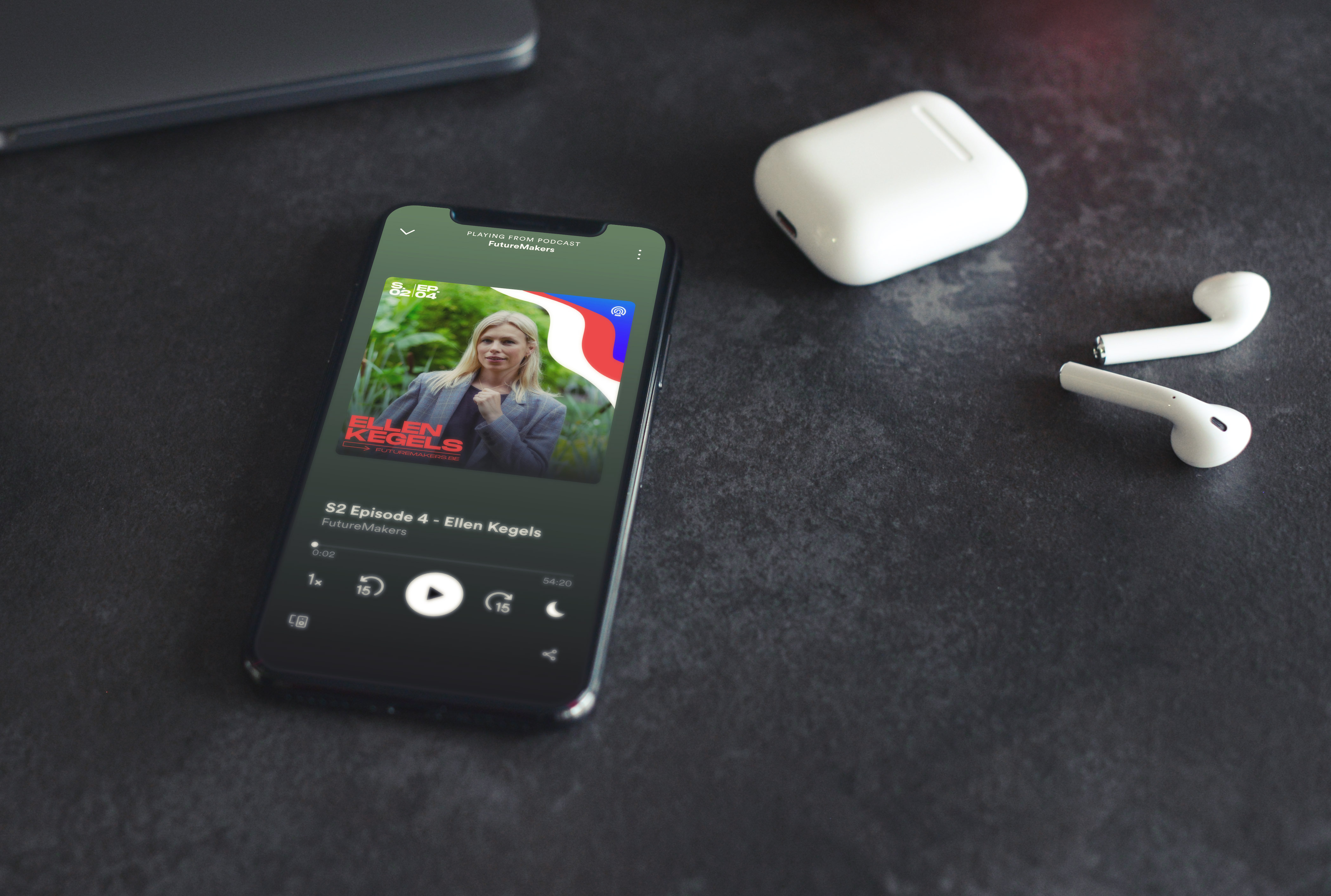 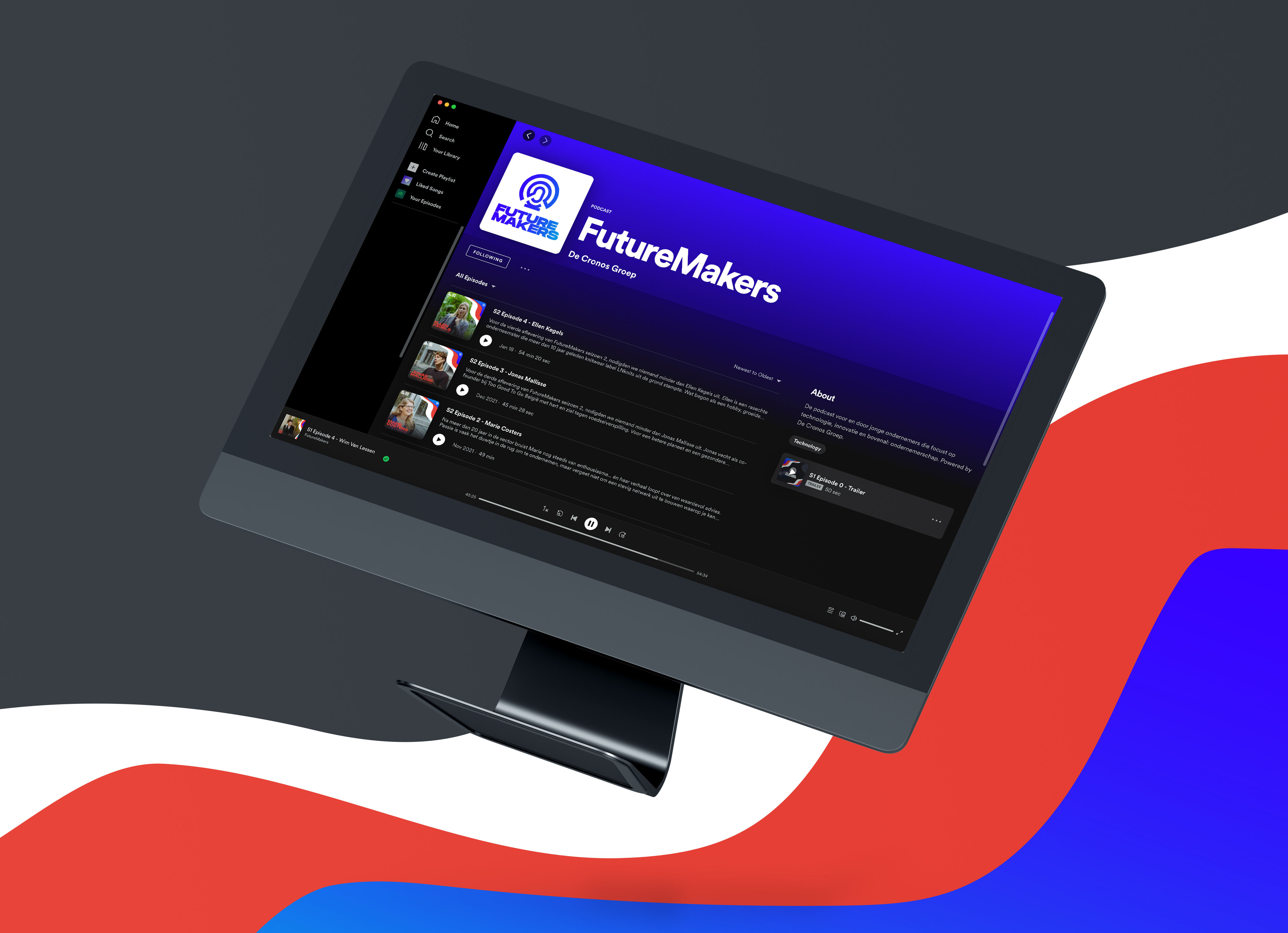 We wanted the brand to feel dynamic. There’s still a wink at the mothership by turning The Cronos Group logo around and inserting a microphone in it. One of Cronos’s most distinguishable colours, blue, was subtly incorporated in the visual designs. The main colour red, however, is bold and symbolizes our strength and challenging nature. Throughout the visual language of our branding, we show a unique but recognisable style.

The podcast itself is carefully curated as well. We specifically didn’t want to produce fake, (too) perfect or merely ‘pretty’ content. Our speakers might trip over their words or cough, and we might all make mistakes. That’s okay, because it’s exactly the message we want to convey to young dreamers out there: make mistakes. Even established entrepreneurs do so and nobody’s perfect. As one of The Cronos Group’s strong suits is to bring together all kinds of entrepreneurs, we made sure that we wouldn’t just stick to people within our ecosystem. We invited external speakers to keep on challenging ourselves and to give a voice to new visions, exchanges of views and so on.

Fun fact: we made our own intro tune in collaboration with an external party. We strongly believe in the added value of an authentic yet recognisable sound (think about Netflix’s famous tudum, for example). As we wanted to create a unique podcast, we believe that things like this helped us achieve our goal.

The collaboration was a true partnership. We grew based on our client’s requests and supported them to make it succeed. The Cronos Group helped us build expertise and learn all about podcasting. In return, we made it happen and – with their support – soon brought it to a high level. Internally, we brought the entire group more visibility. We consist of a bunch of tech companies so unsurprisingly, it was the episode on ethical hacking that got the most views and responses.

It’s never been a pure client-supplier relationship but rather sincere co-creation. We all brought ideas to the table, and we worked on it as a team. Don’t take our word for it? Here's what Pauline has to say about our joint venture:

Let's talk about you

Thank you!
Your submission has been received!
Oops! Something went wrong while submitting the form. 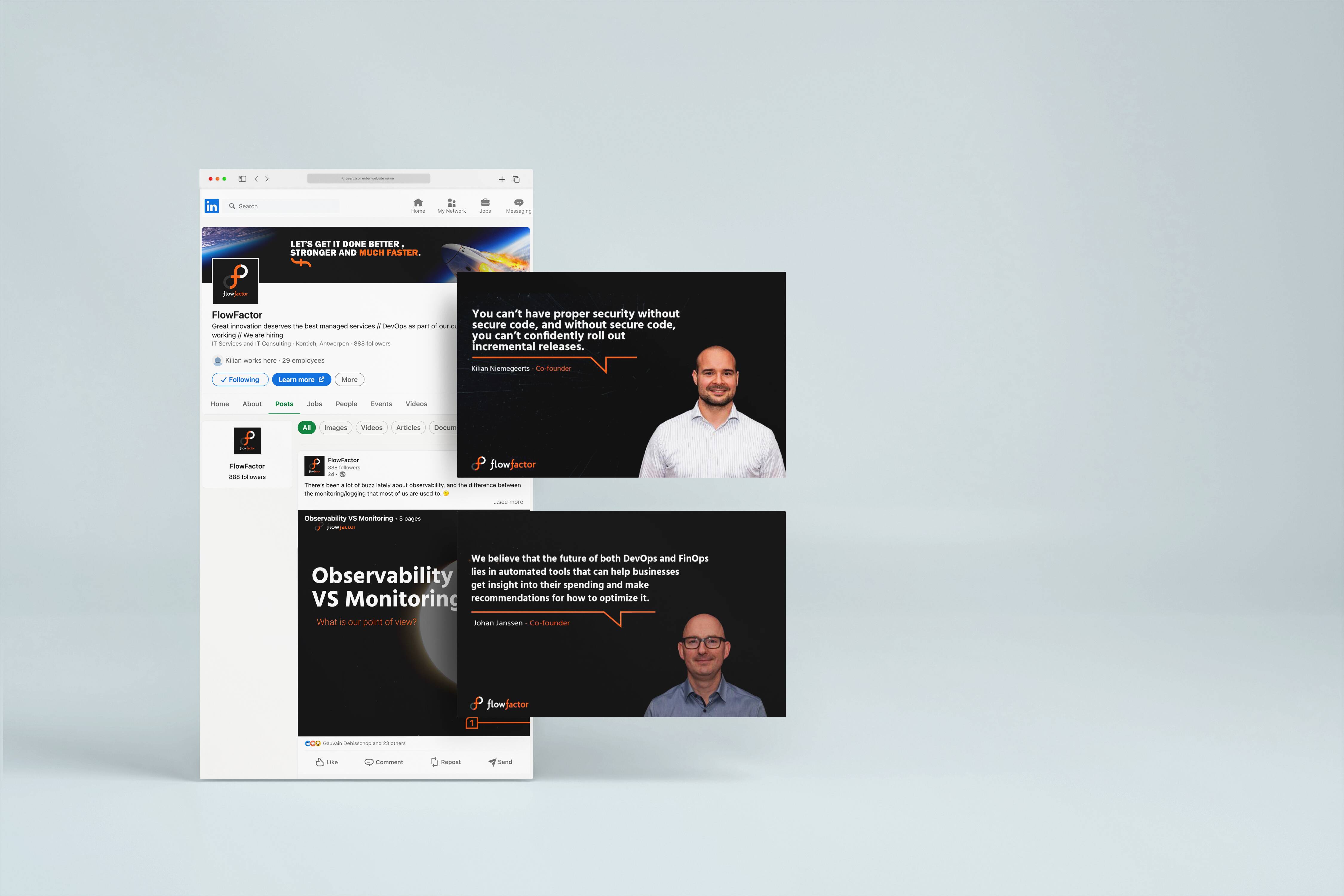 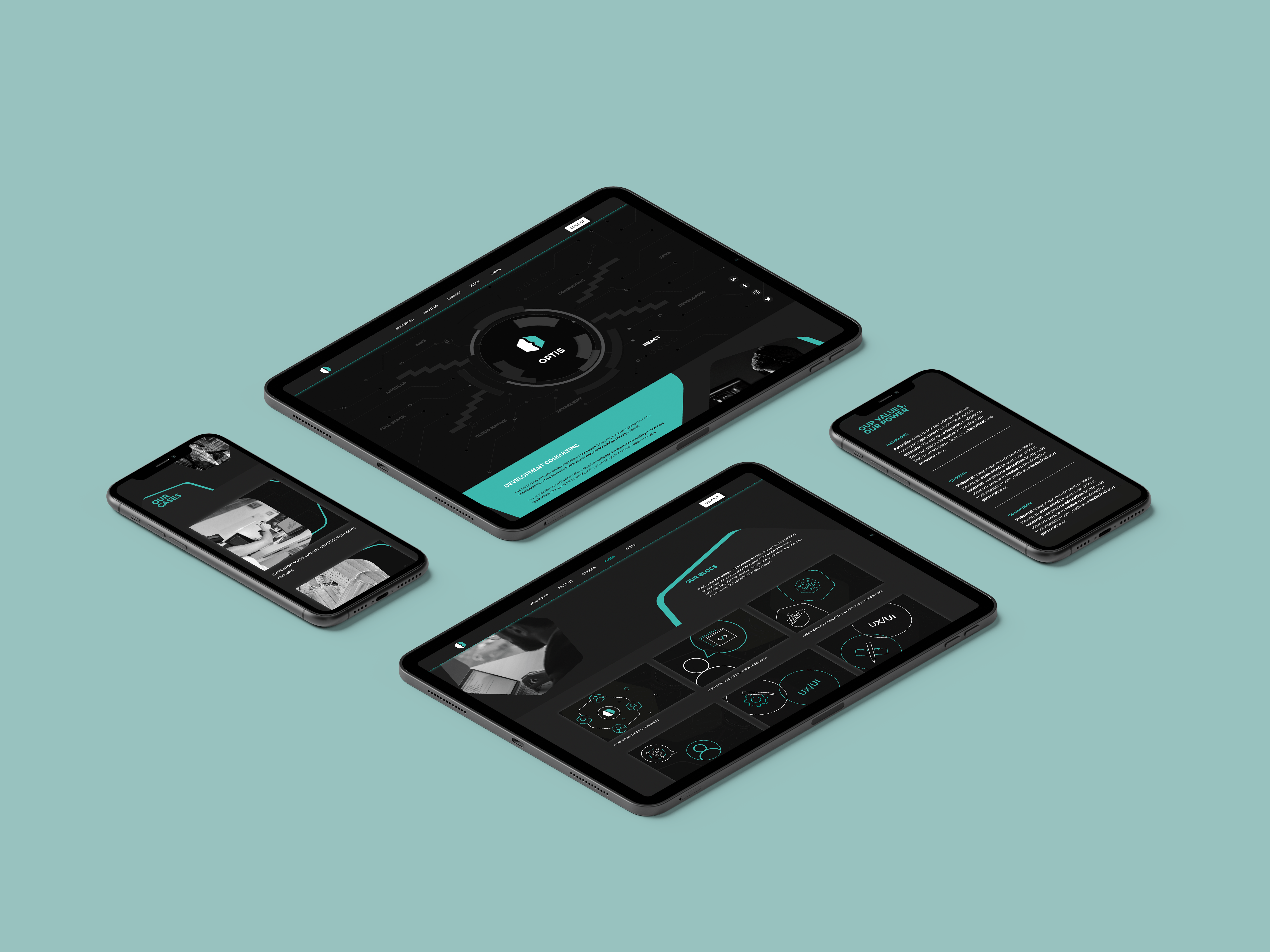 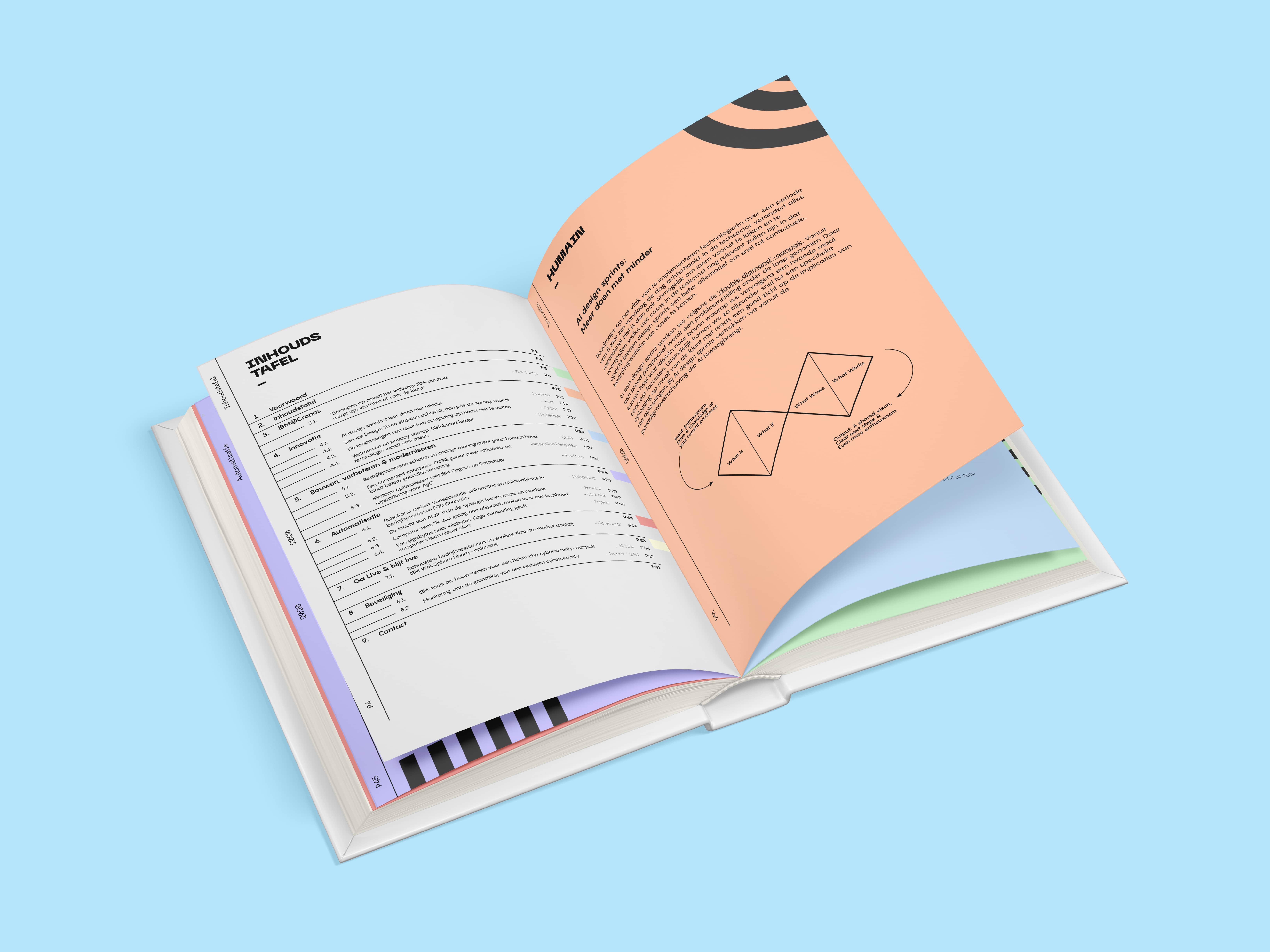 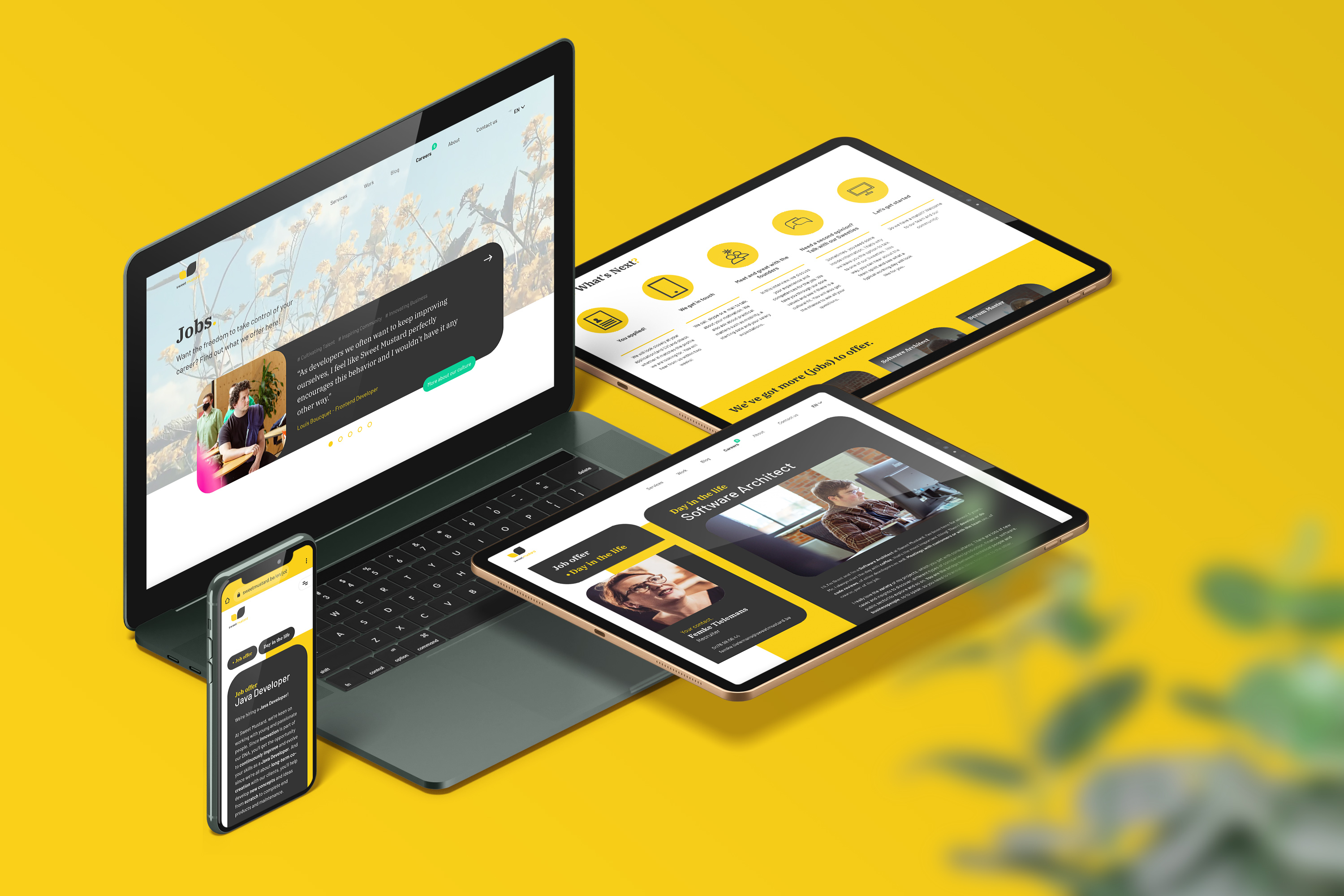 FlowFactor is part of the Cronos Group’s OECO cluster and focuses on DevOps consultancy. They provide advisory services for cloud migrations, microservices, Kubernetes clusters, automation and infrastructure and application modernisation. They approached Unmute You for their recurrent marketing two years ago, and have been one of our most loyal and enthusiastic customers ever since.

Did you tune in yet? FutureMakers is a podcast powered by The Cronos Group, for and by (young) entrepreneurs. Not sure whether to go for your own start-up dream?

Optis is a software development company with over fifteen years of experience in helping companies realise their business applications. As they evolved throughout the years, they noticed that their website no longer fully reflected their (visual) identity and did not perform as expected. We helped to overhaul the website with a new look and feel, content management system, user journey, and analytics. Here’s how we approached this exciting project.